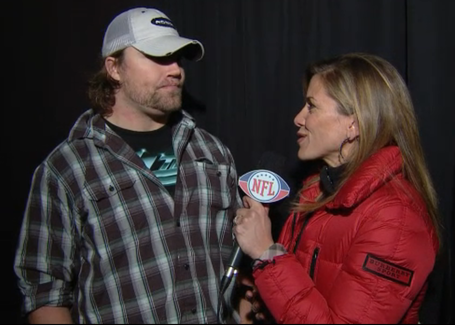 If you saw that guy pull up to the stadium in an ‘88 Ford Ranger, would you guess he’d be headed to the player’s locker room?

If you said yes, you’d be right. That’s Eagles FB Owen Schmitt, who does indeed drive an ‘88 Ford Ranger and certainly won’t be winning any awards for his style. But as long he keeps hitting people and catching TD passes, who really cares?