Day one of 2011 Flyers Prospect Camp is finished. See how the young guys did...

I just got back from the Flyers 2011 Prospect Camp in Voorhees. I must say, not a lot happened. Just the usual drills and occasional Homer sightings.

OH! How could I forget? Lappy and Derian Hatcher were running drills (epic).

Also, a couple of notes from the drills.

I took a ton of video and photos with my iPhone so I apologize for the crappy quality in advance. Here you go. 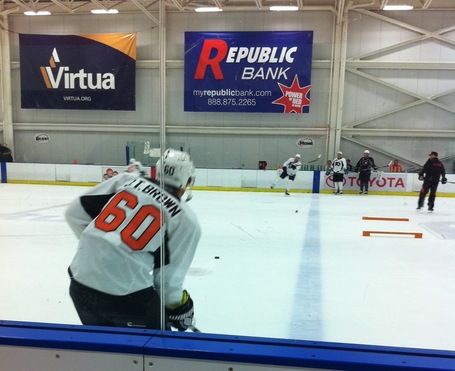 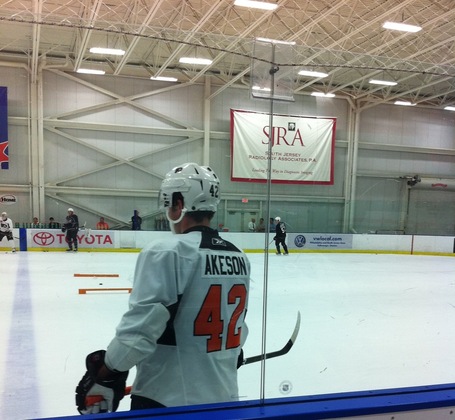 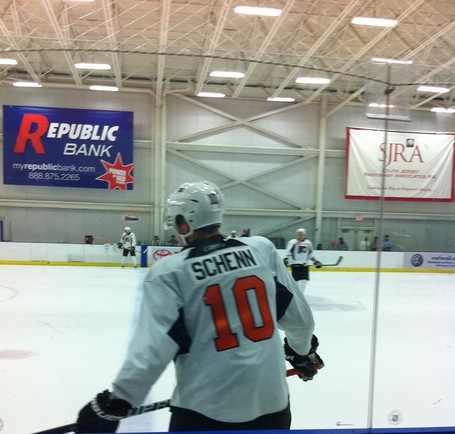 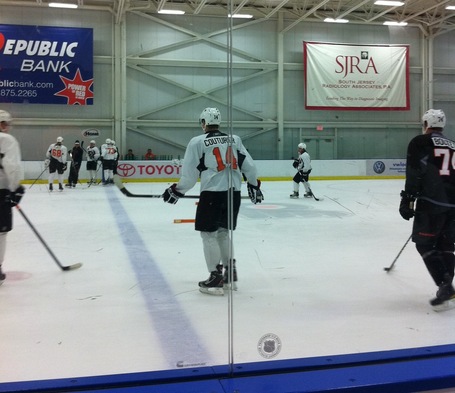