Share All sharing options for: Photo: Scenes From Penn State After Paterno Firing

Sports illustrated reporter Jon Wertheim tweeted the following picture of the scenes at Penn State in the immediate moments after the firing of Joe Paterno was announced. 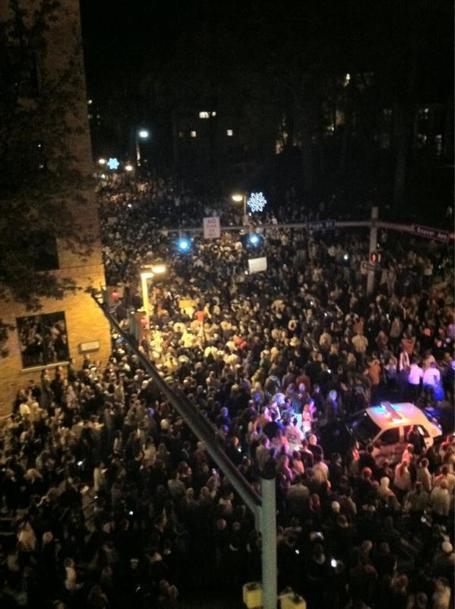 It's a pretty amazing scene, but hardly "rioting" as some news outlets are terming it. CNN is showing some live video of the campus at Happy Valley and it's really not bad. There are lots of kids walking around, mostly taking photos of the scenes themselves probably for twitter and facebook. There are chants of "we want Joe back," but there's been no violence or outrageous behavior at this point.