Andre Iguodala is set to play in his first career NBA ALL Star game tonight and he'll be doing in style (I suppose that's relative). The Sixers forward will debut a pair of kicks just for the occasion... 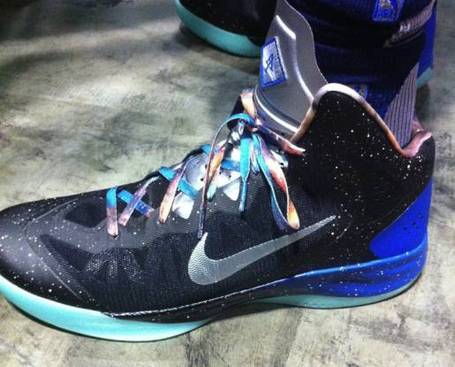 I do have to agree with the 700 Level that they do kind of look like something out of a Jane Fonda workout video... Either that or the background of a school photo in the late 80s/early 90s. A few lasers shooting across would really fill out the motif.