There's been some "leaked" photos of the new player "traits" form the upcoming Madden 12. This is a new feature in Madden designed to give each player in the game a unique style. The Madden 12 developer blog has more on what these "dynamic player performance features" mean.

Each and every player in Madden NFL 12 will have a genuine and noticeable gameplay style, resulting in more divergent AI and skill sets. Mike Vick will no longer just stand in the pocket waiting for a receiver to get open as you continuously rush three and drop eight. Ed Reed and Ray Lewis will no longer react to a pass in the same way. Ed Reed will seek every opportunity to cut in front of the receiver and pull down that big interception, while Ray Lewis will look to punish those receivers who dare run routes over the middle.

After the jump we've got the traits for Michael Vick and DeSean Jackson. 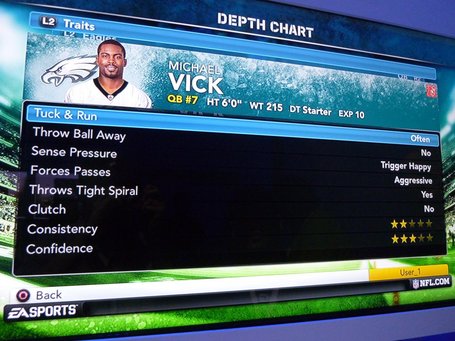 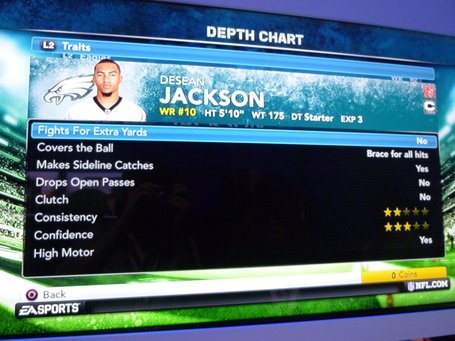