The Philadelphia Flyers officially revealed the jerseys that they'll be wearing at this year's Winter Classic to be played at Citizens Bank Park. As you can see from the following picture tweeted by Broad Street Hockey, they're very close to the images that have been leaking out in recent weeks. 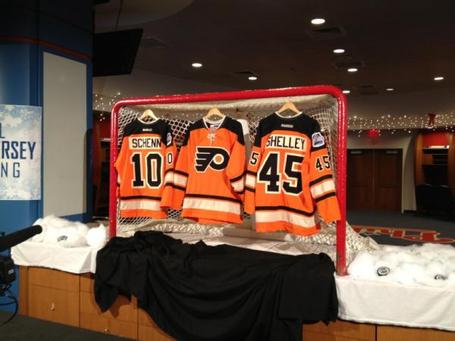 BSH also got a pick of Blair Betts and Brayden Schenn in the jersey. 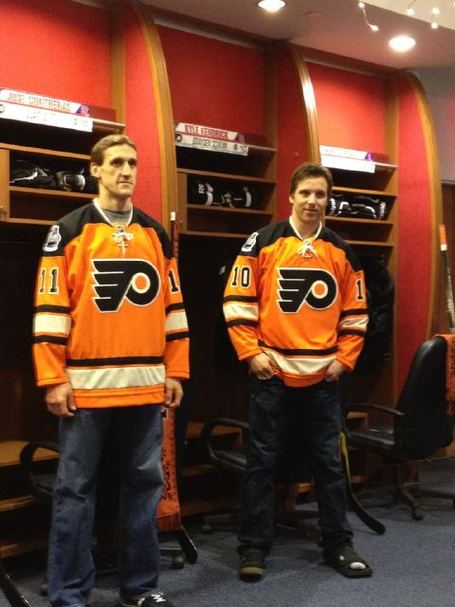 The 2012 Winter Classic will pit the Flyers vs the New York Rangers at Citizens Bank Park. The game will be shown nationally on NBC. HBO will also air a 24/7 series following the two teams in the run up to the game.

"The NHL Winter Classic is arguably the biggest game played during the NHL's regular season and it is a wonderful platform to feature our great sport to millions of worldwide viewers," said Ed Snider. "It's an honor for the Philadelphia Flyers to serve as ambassadors for the NHL. We look forward to hosting the Winter Classic in Philadelphia and showcasing our great city to hockey fans throughout North America."

For more on the Winter Classic unveil, check out Broad Street Hockey.