Flyers Hand Out "We Don't Like You Either!" Shirts Tonight

In response to Sidney Crosby's childish explanation to his childish behavior, the Flyers are giving every fan that comes to tonight's a game a shirt with their response. 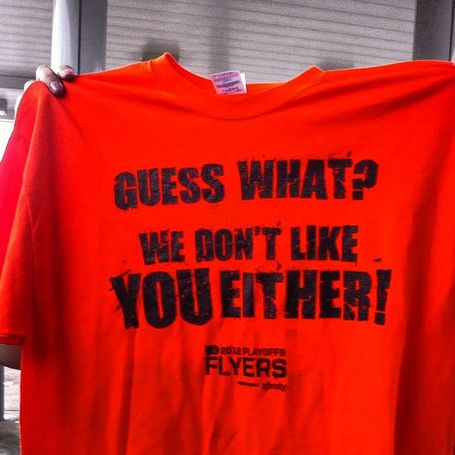 If you missed Crosby's postgame comments over the weekend, do yourself a favor and check them out. The video is hilarious. When he asked why he acted like such a baby swatting away Voracek's glove, his response was "Because I don't like them. I don't like anyone on their team."

Someone asked him why? And all he could come up with was "Because I don't. I don't like them." We've got video after the jump.