The Philadelphia Flyers almost went an entire period without a shot on goal. They ended the night getting out shot 35 to 20. We can attempt to paint this picture, but ESPN’s shot chart paints a much better one: 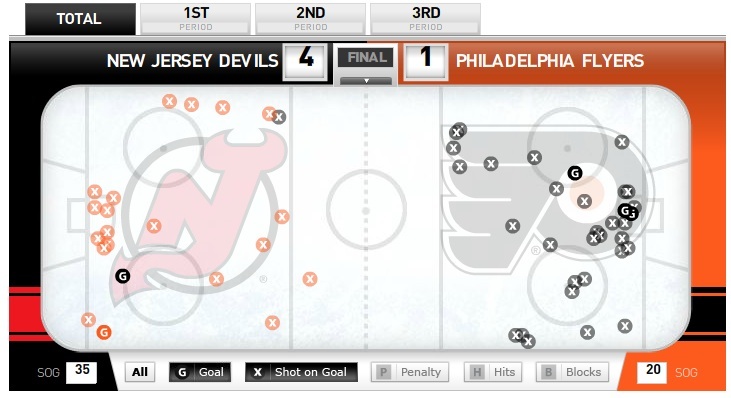 Just look at the number of shots taken from the slot. Going off just this chart, and not taking into account subjective determinations, the Flyers appear to have given up 20 scoring chances in Game Two.

In addition to letting 20 scoring chances get through to Ilya Bryzgalov, the Flyers blocked approximately 15 other shots from the scoring chance area.

If the Flyers want to win this series, they will have to get better defensively.