If you buy something from an SB Nation link, Vox Media may earn a commission. See our ethics statement.

McFarlane toys announced a new round of baseball figurines, including one featuring the Phillies own Chase Utley. This is the second time he's featured Utley as a figurine and somewhat ironically, the first time depicted Utley fielding (which he can't do right now) while the current one shows him batting (which he can do).

You can pre-order Utley's figurine at Amazon for $11.99 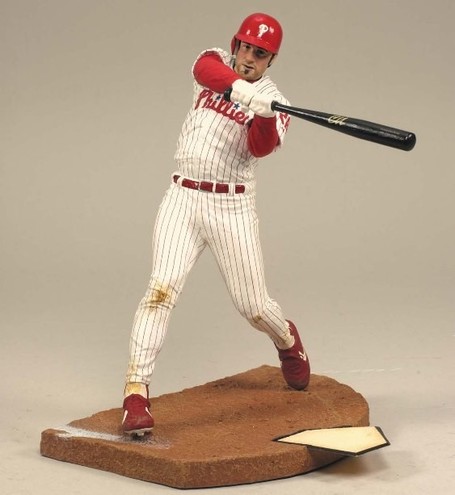