This Sunday, May 15th, the Phillies and Braves will play in Major League Baseball's annual Civil Rights game to honor the civil rights movement in America and pay tribute to minority players who helped grow the game. This year, Hank Aaron will be speaking at a roundtable discussion on civil rights and baseball and to honor him, the teams will be wearing throwback jerseys from 1974, the year Aaron hit his 715th home run to break Babe Ruth's long standing record.

Majestic has posted pics of the jerseys on their facebook page. 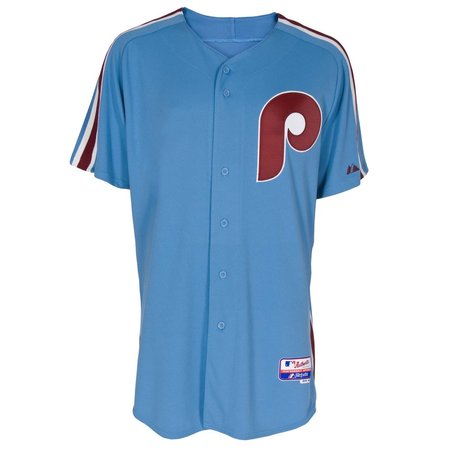 Braves jersey is after the jump. 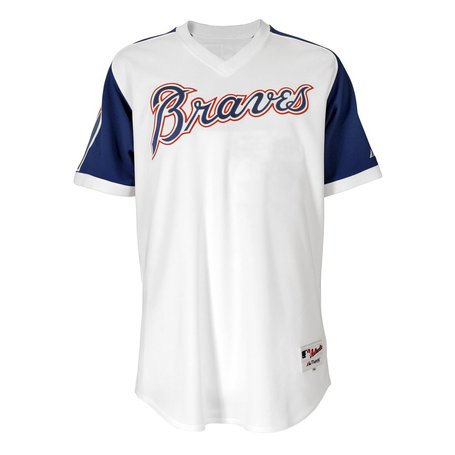 MLB will also hand out the Beacon Awards on Saturday. This year's winners are Morgan Freeman, Carlos Santana and Ernie Banks.

Braves right fielder Jason Heyward says that it will be a special day for the African American players on the field.

"It's about giving thanks to all those who have given us a chance to be where we are today," said Braves right fielder Jason Heyward, who grew up in suburban Atlanta. "It's also about teaching those who don't know. This is a chance for myself, [Phillies first baseman] Ryan [Howard] and [Phillies shortstop] Jimmy [Rollins] to show we're here to keep that going."