It is civil rights weekend down in Atlanta this weekend and in celebration, the Phillies will wear the uniforms of the old negro league team, Philadelphia Stars. The club was founded back in 1933 and used to play games at Passon field and the 44th and Parskide ballpark in West Philly. They would also put on games at Shibe park on Monday nights.

The team won the Negro League championship in 1934 in a bizarre eight game series against the Chicago American Giants that spanned almost three weeks.

Here is the uniforms the Phils will wear today. 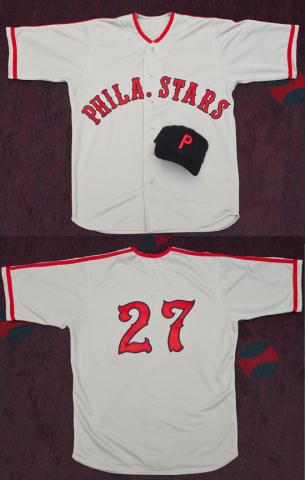