Shane Victorino has long been a fan favorite in Philadelphia, in part because he's been for a so long but also because he's been seen as the exact kind of "overachiever" type that we so often love. He's always engaged fans, seemed like he was having fun and fans really took to him for it.

So in the wake of his being traded to the Dodgers earlier this week, Shane took out a full page ad in the Inquirer to thank fans. Check it out after the jump. 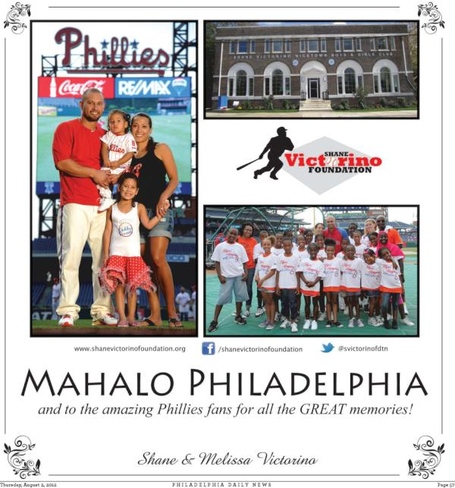